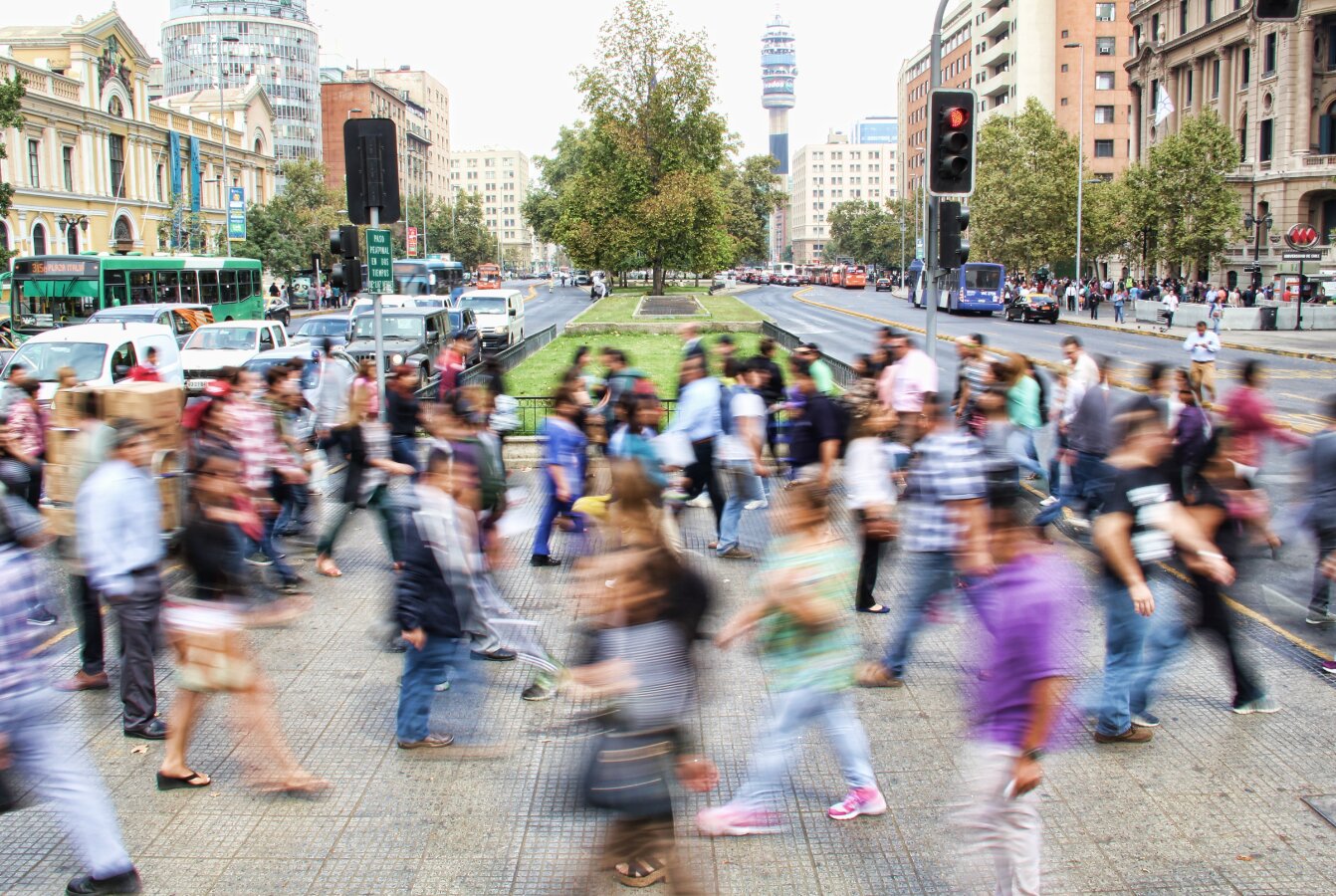 In the Chilean city of Valparaiso on March 11th, history was made. Former radical student leader Gabriel Boric was sworn in as Chile’s youngest-ever president. He was backed by fellow student leaders who now serve in his government.

Boric is known for his numerous tattoos, heavy metal gear, and floppy hair. He also made time to see Tánaiste Leo Varadkar on the same day that the once staunchly Catholic country passed marriage equality legislation.

Boric has risen quickly to the top of one of Latin America’s wealthiest but most unequal countries.

His astute campaign repeated much of the rhetoric of his student protests, with calls that Chile be rebuilt with the people’s concerns at its heart.

The transition has changed a formerly quite Catholic and conservative culture to a more progressive, inclusive, and multicultural country.

Santiago’s street life is vibrant and youthful. Graffiti, much of it political, is a common sight. Young and old alike appreciate the traditional Chilean pisco liquor.

Chile was the poster child of Latin America’s modernizing after many years of tyranny. The story, new ambassadors were taught, was dull: just political stability and growth. However, Tomás González Olavarra, the founder of the democracy NGO Tribu, claims that the country’s stability has concealed major divisions rooted in Augusto Pinochet’s dictatorship.

Much of the disparity is attributed to the dictator’s economic policies and constitution. These were created in part by the so-called Chicago Boys; a group of US-educated economists who promoted neoliberalism.

According to critics, the constitutional wording states that the government only intervenes when the private sector fails.

As a result, while Chile’s economic development has been remarkable, averaging 5% per year between 1990 and 2018, inequality has reached new heights. Nearly 30% of income is concentrated in the top 1% of the population. Natural resources are mined in the rural north and south, and revenues are funneled to wealthier Santiago barrios. Thus leaving local communities poor and without access to clean water.

Following a student-led protest against metro fare hikes, these divisions spilled onto the streets in late 2019.

More than 1.2 million people took to the streets of Santiago to protest socioeconomic inequity.

Some of the protesters chanted that Chile was the cradle of neoliberalism and Chile would be its tomb.

Chao, Chicago is a common graffiti phrase that can be found on the streets of Santiago and other parts of the country.

The ruling centre and centre-right parties, which had long held power in the country, were shaken by the demonstration. As a result, a constitutional convention was elected to revise the Pinochet-era constitution.

For the first time in Chilean history, the assembly had an equal number of women and men, as well as a quota for native Chileans.

Because there were independent lists, numerous non-political party candidates ran. Some were long-time campaigners and intellectuals, while others were political activists caught up in the rebellion. Few had political experience, and they had only 12 months to come up with a new constitution and write it.

The work, like the divisions, is massive. Auguste Conte’s far-right party accounts for fewer than 5% of the vote. But even the centre-right government parties that have long dominated Chilean politics account for less than 30% of the vote.

The goal for many encompasses the human right to water and housing, as well as environmental preservation. Just recently the convention passed a resolution in favor of animal rights.

The focus is also on political power decentralization and a current understanding of human rights.

The work at hand is enormous. Much is in the hands of the convention’s 114 disjointed and frequently feuding members. The convention’s existing vice presidents will be key to its success.

As one might anticipate in a country as devoted to its laws and bureaucracy as Chile, the procedure is lengthy. The parliament meets in the historic congress buildings in the heart of Santiago. There it votes on up to 150 proposals per hour; the vast majority of which never see the light of day. One day, for example, 400 environmental suggestions were reduced to six in a single day.

Some are concentrating efforts on the impending referendum campaign. The centre-right MPs in Congress face a slew of issues; but a defeat provides an opportunity to give the newly installed Boric a blow.

The battle lines for the referendum are already being set, and fear of change is apparent in this ultra-centralised and polarised country.

Because of the magnitude of the concerns, a radical rewrite of the constitution is unavoidable.

Of course, with such a large-scale problem, there will be a lot that no one will like.

There are already hints of a No vote. The regional focus is an issue for some, particularly the business community. They fear even more red tape, and many Chileans dread a wholly separate bureaucracy, thereby paving the road for federalism.

A vote to allow native areas to have their own civil law in accordance with their culture has been received with particularly strong opposition.

Others believe the issue is the lack of rights accorded to native Mapuche and Quecha peoples, who make up about 14% of the population. A decision to establish separate civil law in native communities in accordance with their culture has been faced with particularly strong opposition. There have been accusations that native people will be prioritized; a situation that seems impossible given the current state of degradation in which many now live.

Indeed, several ideas for gender equality appear to be welcomed with similar fears that women will be prioritized over men.

The main No argument might be that it’s all too soon, and that the process should be more gradual. For the activists and people on the streets who voted 80-20 in favor of creating a new constitution, however, this would be a betrayal. It would simply be a method for the elite to maintain their domination and deny fundamental social and economic rights to broad swaths of the populace.

The Yes campaign wants to emphasize the message of hope that this is a new spring for all Chileans. Some are also fighting for referendums to update the wording or engage voters ahead of future revisions. They hope it will ensure that this is a living document.