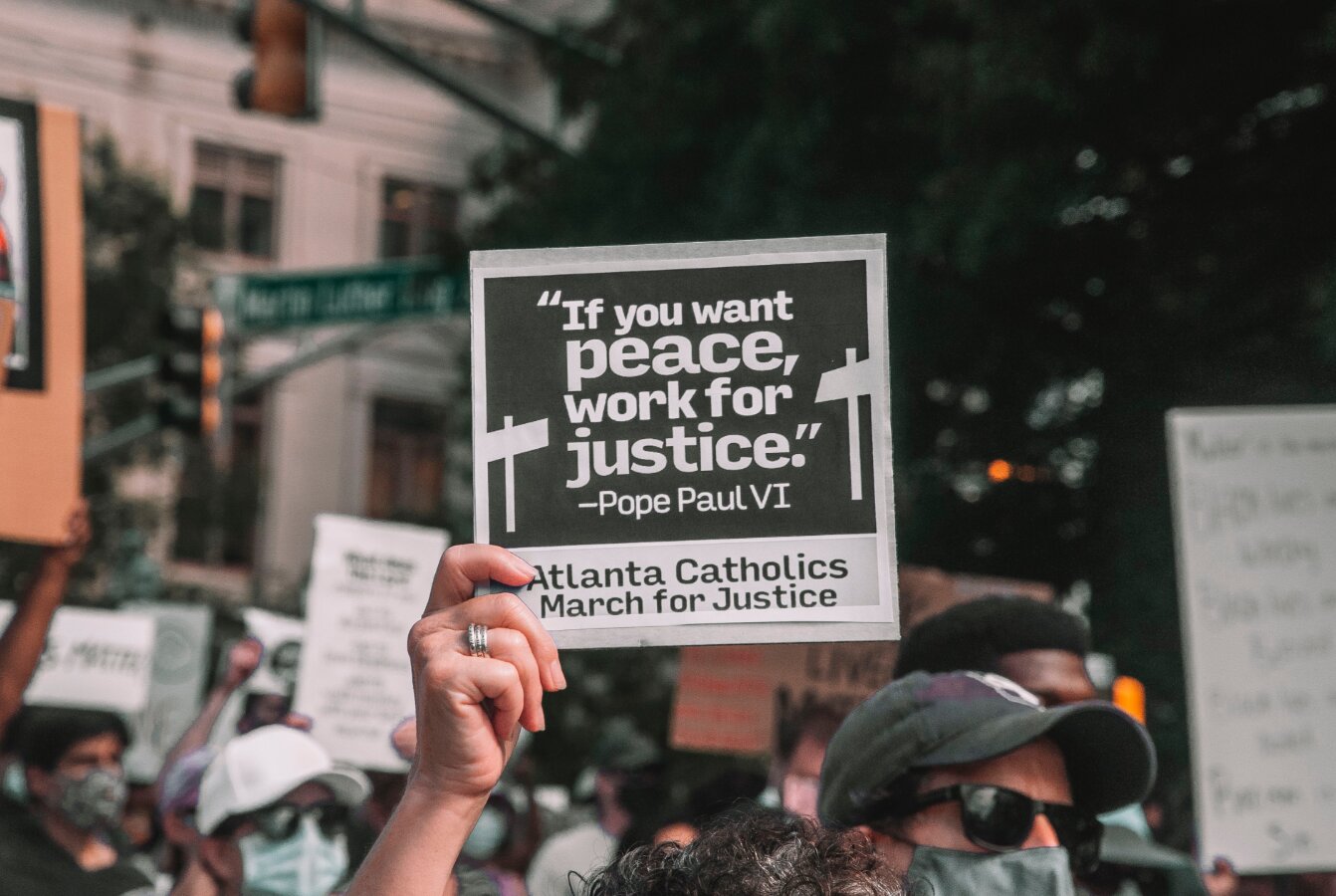 One of the most difficult tasks facing any intelligent Catholic is evaluating secular social movements and causes. Especially those whose leaders frequently make true judgments about society’s moral shortcomings. You may discover that your inherent desire for justice is stimulated but that there are other issues involved.

Being a devout Catholic in an age of political tribalism is difficult.

It is easy to be drawn to certain viewpoints and positions. Usually merely because it appears like the wrong people hold the opposing ones.

Maybe if Donald Trump had supported mask mandates in April 2020 some would have likely labeled the policy fascist. Especially if right-wing entrepreneurs had started manufacturing and hawking masks with images of American flags and guns on them.

But what should a conscientious person do when their natural desire to see justice done is tempered by substantial doubts about the moralities of it? In the example of the #MeToo movement it is undoubtedly a noble goal but falls short of addressing core causes. Critical race theory is a concept that provides an explanation for ongoing social injustice. However it contrasts with other long-held Catholic social teaching principles.

Catholics should offer support, encouragement, care, and guidance to these victims of sexual assault and harassment.

There’s a key lesson in that the church has had to learn in the aftermath of its own abuse crisis. People in positions of power who are not moderated by legal scrutiny, societal custom, or acquired virtue are unlikely to treat those over whom they have influence with dignity and respect. Catholics however believe that sex is sacred. They believe it is not treated with respect by a popular culture which renders it as just another transaction.

There is a trend that has sprung up among some parents. It is as a result of disagreements over public school curricula that deal with race relations. Democratic nominee Terry McAuliffe said that he didn’t think that parents should be instructing schools on what they should teach. He said this during one of Virginia’s governorship debates in 2021. He was alluding to parents who spoke out against curricula regarding critical race theory.

Critical race theory is a social philosophy. It claims that the legal application of traditional and long-held liberal beliefs cannot eliminate systemic racism. American institutions were founded on white supremacy. As they are irredeemably racist in their composition they need complete reform.

Many Catholics grew up under the influence of the traditional civil rights narrative.

The civil rights movement’s main accomplishment was to extend help those who had been unjustly denied them from the start. For these parents, racial justice is achieved through the application of traditional liberal ideals.

Catholics hearing about critical race theory for the first time can be rather taken aback. It can explain why people’s reactions are sometimes so visceral. Nobody likes it when they’re long held beliefs are actually no longer relevant.

Critical race theory, however illustrates that a legal system is is only as good as the institutions that enforce it. Pope Francis points out that some people are citizens with full rights; however they can still be considered as outsiders in their own country.

Catholics may not be guilty of bad intent. The traditions, underlying beliefs, and inherited prejudices could very well be sources of injustice however. It is possible for the church to absorb what is good from critical race theory. All the while not jeopardizing Catholic moral theology.

Evaluating the legitimacy and defects of secular social movements and causes can be hard if you’re Catholic. Especially when it differs from teachings and belief systems. It is a lot easier to simply accept the statements of one’s political or religious group without question.

For the sake of our common good, we owe each other to look at things from every angle before passing judgement.